Modernization Projects and Society in Russia - on the case of Siberian railway.

Serial No.219, Lecture in History of Science and Technology

Every link in the whole life cycle of engineering is closely related to the society. Railway is the product of the industrial revolution and the symbol of measuring the degree of national modernization from the 19th century to the early 20th century. The Siberian Railway, which is still the first in the world in terms of continuous mileage, was built from the end of the 19th century to the beginning of the 20th century, marking the rise of the Russian Empire. As an extension of the Siberian Railway, China's Eastern Railway not only has important strategic significance for Russia to expand the East, but also plays an indisputable role in China's modern economy and society. By understanding the historical background and significance of the Siberian Railway, we can deepen our understanding of the complex interaction between engineering and society. 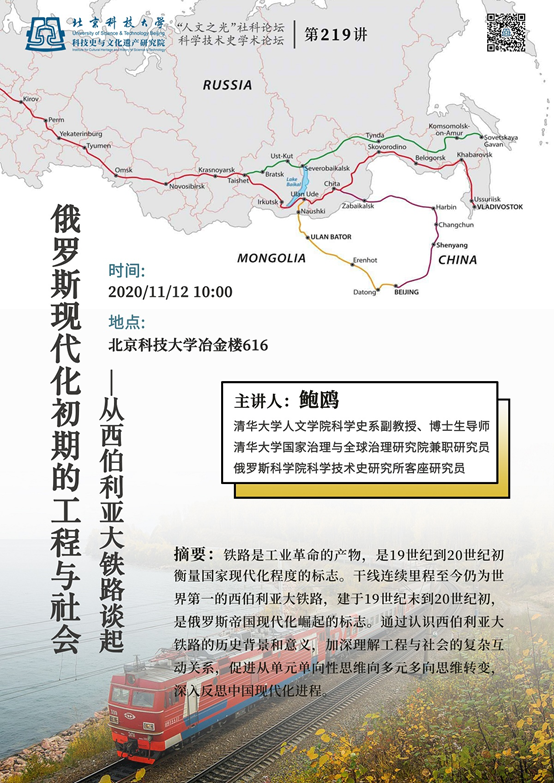